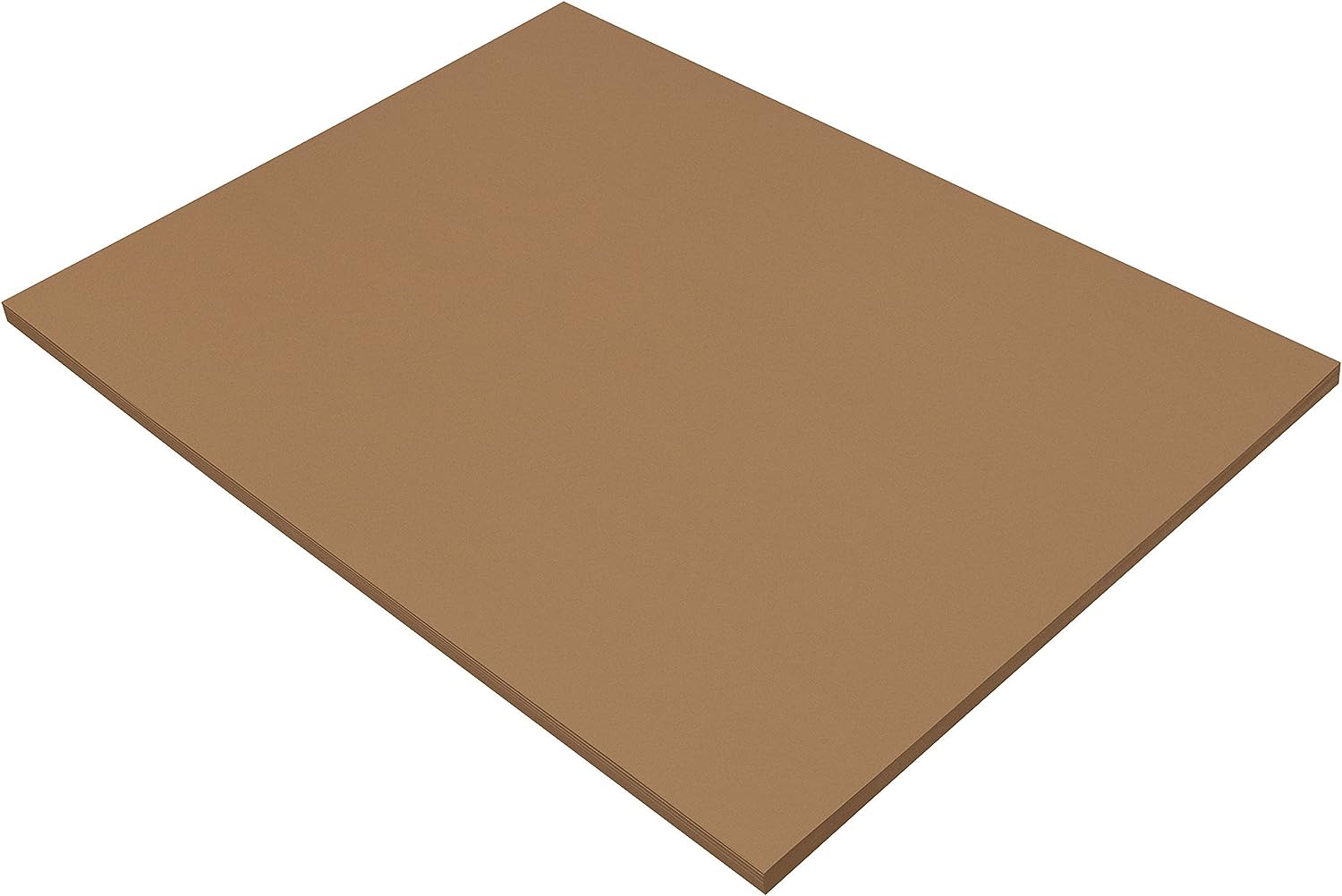 [Editors’ Note: This is one of our biweekly ICONnect columns. For more information on our four columnists for 2021, please see here.]

Polarization is what several political scientists and constitutional scholars have pointed out as possibly the most troubling sign of democratic backsliding. Zachary Elkins, for example, says that “[he] might view divided publics as the single most important factor that threatens and undermine democracy at least in modern presidential systems.”[1] Among the various factors leading to democratic crises, Elkins suggests that “the comparative study of polarization may be the key to understanding the health of democracy more generally.”[2] In environments of high social inequality, polarization tends to be more explosive still, as it helps exacerbate the divide among distinct social groups and affect the capacity of institutions to work as coordination devices, which then fail to deliver incentives for empowering individuals to defend their rights.[3] Moreover, it provides a sense of belonging, while, as King and Smith put it, “[fostering] a very real sense that government is in the hands of elites who care only for themselves, not ‘the people.’”[4] The strategies of would-be autocrats of the current times directly target polarization as a fundamental mechanism of coordination. Polarization turns into a psychological weapon for mutual engagement. But is polarization necessarily bad? The devil might be in the details and in how the political system organizes itself under an environment of polarization.

A phenomenon that is well discussed in the literature is how party systems have been weakened in the face of radicalization through polarization. The movements towards consensus and compromises that are expected of political systems are highly disrupted when those parties are pushed to extremes, if not beaten by new parties that assume such a strategy as their platform. This is what Kim Lane Scheppele, in her the provoking and fascinating paper The Party’s Over, diagnoses in the United States and United Kingdom[5] as well as in multiparty systems in Europe: “in the multiparty systems of France, Austria, Germany, the Netherlands, and Italy, which have all gone through elections in 2017 and 2018, the weakness of the party system can be seen in the decline of traditional parties and the rise of extremist parties of both Left and Right.”[6] Other cases where the “party system was in shambles,”[7] like in Venezuela and Hungary, illustrate how polarization may turn out really bad for democracy.[8]

In this weekly feature, I-CONnect publishes a curated reading list of developments in public law. “Developments” may include a selection of links to news, high court decisions, new or recent scholarly books and articles, and blog posts from around the public law blogosphere.

Climate change is here to stay. A few weeks ago, the UN Secretary-General argued that the last report of the Intergovernmental Panel on Climate Change Working Group was ‘a code red for humanity’, urging Governments to take immediate action, especially in containing greenhouse gas emissions and deforestation. Although provisions mandating the State to protect the environment and explicitly enabling Governments to enact regulation to this end have been included in many contemporary constitutions over the last 50 years (e.g., Art. 20a of the German Basic Law, GG; or Art. 19 Nr. 8 of the Chilean Political Constitution, CPR), the Chilean constitutional assembly will probably be the first in history to gather in a scenario in which climate change is such a tangible reality.

Experience suggests that the main challenge for this type of provisions is that environmental regulation can interfere with other constitutional rights, originally developed to protect citizen from other forms of State intervention. The most apparent case is the right to private property. At times, this challenge has been seen as so acute, that in the early 1950s, during the discussions of the European Conventions of Human Rights, the British Government held that the right to private property should not be acknowledged as a human right as it would affect the UK’s national autonomy in matter of economic policy. Since then, things have changed, as governments and courts have learned how to balance policy-oriented regulation with the rights to private property. The constitutional process Chile is currently undergoing is a unique chance to re-think this tension in the context created by climate change.

In this weekly feature, I-CONnect publishes a curated reading list of developments in public law. “Developments” may include a selection of links to news, high court decisions, new or recent scholarly books, and articles, and blog posts from around the public law blogosphere.

One Weird Trick To Defeat Judicial Review: Process as Outcome

As I write this, a puzzling event has occurred in the United States: the law governing access to abortion has changed. But it changed without Congress enacting a law, without the Supreme Court issuing a ruling, and in fact, without anyone taking any action at all. It changed through inaction, and through the creativity of conservative lawmakers and the confusion of judges. Without “changing” abortion doctrine one bit, American judges have drastically changed the landscape of reproductive rights and opened up a new era in American legal doctrine.

This piece isn’t about the politics of abortion in the United States and on the Court. Nor am I here to speculate on any secret motivations the majority justices may have had. Instead, I want to take the majority at their word and raise some issues embedded in the 400-word order that ended thirty years of incremental abortion rollbacks in one fell swoop. Specifically, I want to discuss the use of procedure to control outcome and evade the mechanisms that developed to place limits on state action. This approach to law represents a dangerous development in American procedural and administrative law that other systems should shun. Instead, judges and lawmakers looking to comparative approaches should prefer other answers to these questions.

A few months after the mass removal of the constitutional judges in El Salvador, the new Constitutional Chamber of the Supreme Court issued ruling number 1-2021, dated September 3, 2021. Despite explicit constitutional prohibitions, the ruling allowed immediate presidential election. The ruling was based on a constitutional interpretation to protect popular sovereignty from deciding about the presidential reelection.

When Judges Unbound Ulysses: the Case of Presidential Reelection in El Salvador

In Ulysses Unbound, Jon Elster understands constitutions as a precommitment made by the people to themselves. According to the myth on which he bases his metaphor, when Ulysses returned from the Trojan War, he had to pass through the Isle of Sirens, for which he had been warned by the goddess Circe of the force of the spell of their song and thus, arrived at that place, his travel companions had to cover his ears with wax and tie him hand and foot to the mast of the ship so that he would not succumb to the song of the sirens. The solution worked; nontheless, when the time came, Ulyses begged to be untied, indicating that had he not been tied up he would have yielded to their singing.

In the metaphor, the constitutions represent that mast to which the people are tied at a certain moment and that prevent the fundamental precommitments adopted in them from being undone in a blink of an eye. Within these fundamental precommitments are, with main relevance, the eternity clauses. The eternity clauses are those constitutional contents that the primary constituent power considered unamendable, that is, a precommitment that cannot be dissolved except through a revolutionary action, such as the promulgation of a new Constitution.

Constituent Power and the Politics of Unamendability

[Editors’ Note: This is one of our biweekly ICONnect columns. For more information on our four columnists for 2021, please see here.]

The clash between the legal and the political in constitutional adjudication becomes more exasperated when judges intervene in a constitution-making process that is carried out through a Constituent Assembly. As Andrew Arato explains, Constituent Assemblies are the archetype of revolutionary constituent power: they are conceptualised as sovereign institutions with unlimited powers; they embody the unified will of the people and promise a total rupture from the old regime through a foundational moment.[4] In practice Constituent Assemblies – even highly representative and diverse bodies like the one in Nepal – are often sidelined in constitution-making processes and the task of actually writing the constitution is carried out by a much smaller group of political actors belonging to the dominant elites resulting in the effective exclusion of already marginalized groups.[5] So what extent are judges entitled to patrol the exercise of constitution making and curb potential excesses?

Brexit, the Irish Protocol and the “Versailles Effect”

[Editor’s Note: This is from the forthcoming editorial in volume 19, issue 3 of ICON]

What does the Treaty of Versailles have to do with Brexit, you may be asking yourself? Quite a lot, I would like to suggest.

But a preliminary comment is necessary. In the current state of polarized societies and, increasingly, a polarized academy, an old-style “Voltairian liberal” like myself (of the “I disapprove of what you say, but I will defend to the death your right to say it” ilk), who is, too, an accommodationist by disposition and praxis (of the “let’s look for a solution that can accommodate as much as possible the conflicting positions” ilk), regularly manages to alienate both poles. Say one good word on the redistributive policies of the current Polish government and the response will be brimstone and fire from one pole. (Excuse the pun.) Say one (or more) bad word on their rule of law policies, and dust and ashes will rain down from the other pole. You end up being the “enemy” of both. Polarization. This is not a personal, “poor me” complaint. From the privileged position of a tenured law professor in an elite American law school as well as with the privilege and mellowness that aging brings about (an old, old liberal), I live with such comfortably. But it is, one should admit, inimical to deliberative discourse, let alone civility. The position you do not like is not perceived as an invitation to self-reflection and, mirabile dictu, even a change of opinion, but just as an invitation to conjure up every possible objection in defense of a pre-formed position. When is the last time you heard in such debates the endangered-species words—“Yes, you are right. You have convinced me”?

In an era in which Euroskepticism has moved from the margins of the lunatic fringes into mainstream politics, the same has become true when writing about our (speaking as a European citizen) Union. Making a serious critique of the European Union and its Court (take a look at the recent Wabe decision—“pandering to prejudice for profit” in the words of one Oxford scholar) makes you, ipso facto, a Euroskeptic and “one of them.” Defend the bedrock civility and spiritual significance of the European Construct as envisaged by its Founding Fathers (drawing on their deep Catholic commitment) and, hey presto, you are one of the other “them.”

In this weekly feature, I-CONnect publishes a curated reading list of developments in public law. “Developments” may include a selection of links to news, high court decisions, new or recent scholarly books and articles, and blog posts from around the public law blogosphere.

Welcome to I·CONnect: the blog of the International Journal of Constitutional Law.

A letter from the Editor-in-Chief of I·CON

I·CONnect does not take positions on substantive issues or conflicts, instead allowing our diverse community to debate issues in substantive posts. I·CONnect allows appeals and public statements only on issues that affect the entire community of comparative public law scholars.

We welcome substantive submissions via email on any subject in public law. Submissions usually, though not always, range from 750 to 1000 words. All submissions will be reviewed in a timely fashion.